Platform for Our Artists

The Sales Gallery is offered as a benefit to our members, be it exhibiting a group of work on the “featured artist” wall or simply a few pieces. This space is specifically dedicated to selling artwork and separate from the main exhibition space. Each artist is given approximately 4 months to exhibit their work in the Sales Gallery. 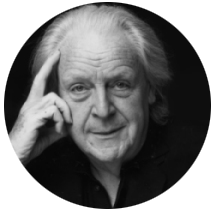 Charles “Li” Hidley, of Harrisburg, died on June 9, 2003 at the age of 82. Hidley moved to Harrisburg from New York City in 1966, and radically changed the character of the art scene in Central Pennsylvania through his own expressionist painting and strong influence as a teacher for The Art Association of Harrisburg.

Hidley was born on March 13, 1921 in Troy, New York, to Charles Billings Hidley and his wife, Myrtle. As a child, he moved to New York City with his widowed mother and began calling himself “Li”.

He was intrigued by science fiction, and eventually began submitting stories to a science fiction organization composed of adult writers. After his work was published, he attended a meeting and revealed his age. The adult writers were amazed at the young teenager’s talent. Friends in Harrisburg jokingly referred to Hidley as “The Father of Science Fiction.”

During World War II, Hidley served as a Staff Sergeant in the U.S. Army stationed in Panama, from 1942 through 1945. Upon his return to civilian life, Hidley began attending classes at The Art Students League in New York on the GI Bill, as did many ex-GIs at that point. At the League, the young artist studied with John Ferren, Byron Brown, and Theodoros Stamos; Robert Rauschenberg was also Hidley’s fellow student. He was influenced greatly in his figurative work by Brown, his color by Ferren, and his abstraction by Stamos. In Stamos’ absence, Hidley even served as the class monitor.

Taking further advantage of the G.I. Bill, Hidley went to Mexico where “he lived like a prince on $25 a month”, according to friends.  There, he attended Escuela de Pintura y Escultura de Esmerelda in Mexico City.  Friends say he returned to New York two years later wearing combat boots, fatigues, and sporting a bushy red beard!  He enrolled in classes at the Brooklyn Museum of Art, studying with Rufino Tamayo and Xavier Gonzalez.  Tamayo, both a figurative and abstract painter known for his beautiful colors, was an inspiration for Hidley’s own work.  He also attended Charles Seide’s class on materials and techniques, where he learned to grind pigments, make brushes, and gesso canvasses in the classic way.

During this period, Hidley and his friends spent every weekend visiting all the galleries on 57th Street, as well as attending all the shows and ballets that he could. He absorbed the New York cultural scene of the 50s and early 60s to the fullest. Sometime during this period, Hidley worked at the Barone Gallery on Madison Avenue, owned by Jill Kornblee, a friend of Leo Cassili. He also worked in the library at Cooper Union, and even as a security guard at the Metropolitan.

In 1966, Charles “Li” Hidley moved to Harrisburg. He left behind his home in New York, bringing his charisma and forceful personality to the art scene of Central Pennsylvania. To say that Harrisburg was a “conservative” art community in 1966 would be an understatement…watercolor landscapes were the norm then, and Hidley’s paintings were quite different from the norm. The combination of his New York influences and Jungian philosophy took the art community by surprise, but the William Penn Museum (now the State Museum of PA) recognized his talent, giving him a solo show in 1971.

In 1979, Hidley began teaching expressionist painting classes at the Art Association of Harrisburg, and a group of loyal students quickly embraced his teaching style. Known derisively by the realists as “Hidley’s People”, this group of daring expressionists began exhibiting together and entering regional shows. The expressionists, including Hidley himself, began capturing top prizes in area juried exhibitions. The watercolor landscapists accused Hidley of “taking over The Art Association”. A number of them left, and a new era was born in Harrisburg.

Hidley was elected to the AAH Board as Exhibiton Chairman, and later hired as Curator. Under his influence, painters of all styles and individual modes of expression began to feel comfortable showing their work in the Association’s galleries. Many of his students went on to establish prestigious reputations of their own, and “Hidley’s People” soon became the artists to emulate. Hidley continued painting until the late 1990s, when his failing energy levels forced him to cease. However, he continued to offer insightful—and often blunt—critiques, according to students.

Hidley left his home in early April of 2003, moving into an assisted-living facility. He died shortly after on June 9, with one of his most loyal protogees at his side. Charles Hidley lived his life precisely as he wanted, and imbued others with art’s significance to the human experience. His work hangs in private and public collections nationwide.

Before he died, Hidley gave all his remaining work to The AAH to exhibit and offer for sale. The powerful expressionist paintings are primarily figurative, filled with Jungian and mythological allusions. 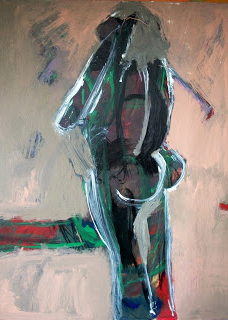 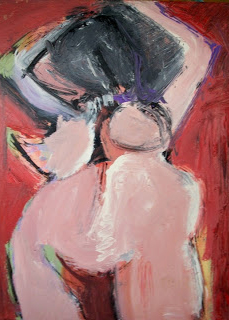 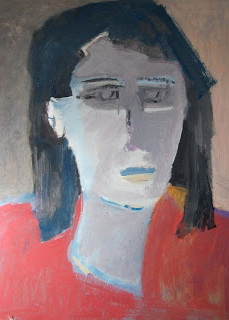 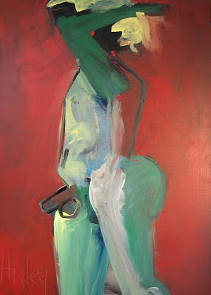 Schedule an Appointment to Purchase from Collection

Send Us an Inquiry

Please complete the form below and we will get back to you shortly.

We use cookies on our website to give you the most relevant experience by remembering your preferences and repeat visits. By clicking “Accept”, you consent to the use of ALL the cookies.
Do not sell my personal information.
Cookie SettingsAccept
Manage consent

This website uses cookies to improve your experience while you navigate through the website. Out of these, the cookies that are categorized as necessary are stored on your browser as they are essential for the working of basic functionalities of the website. We also use third-party cookies that help us analyze and understand how you use this website. These cookies will be stored in your browser only with your consent. You also have the option to opt-out of these cookies. But opting out of some of these cookies may affect your browsing experience.
Necessary Always Enabled
Necessary cookies are absolutely essential for the website to function properly. These cookies ensure basic functionalities and security features of the website, anonymously.
Functional
Functional cookies help to perform certain functionalities like sharing the content of the website on social media platforms, collect feedbacks, and other third-party features.
Performance
Performance cookies are used to understand and analyze the key performance indexes of the website which helps in delivering a better user experience for the visitors.
Analytics
Analytical cookies are used to understand how visitors interact with the website. These cookies help provide information on metrics the number of visitors, bounce rate, traffic source, etc.
Advertisement
Advertisement cookies are used to provide visitors with relevant ads and marketing campaigns. These cookies track visitors across websites and collect information to provide customized ads.
Others
Other uncategorized cookies are those that are being analyzed and have not been classified into a category as yet.
SAVE & ACCEPT